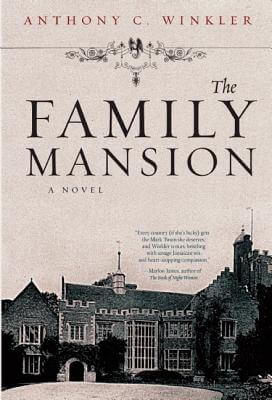 Paperback Description:
"The brutalities of Jamaica’s past and the myriad social and cultural contradictions that contributed to it are conveyed with a genuine fondness for this complicated and conflicted place. A surprising, and surprisingly sophisticated, approach to historical fiction."
—Publishers Weekly

?Jamaica-born Winkler opens a door into a cultural period beset by an inhumane system that poisons relationships between whites and blacks.”
—Kirkus Reviews

?[A] powerful and deeply moving tour de force… .Winkler submits imperialist dogma and the English aristocracy’s casual acceptance of violence and cruelty to punishing satirical critique. He takes special pleasure in redefining the idea of the ?English gentleman,’ embodied by his clueless and spoiled protagonist, Hartley Fudges, a terrifically rendered young English aristocrat who gets himself banished to Jamaica after attempting to kill his brother for his inheritance. VERDICT Essential reading for fans of literary fiction.”
—Library Journal

"Winkler has a fine ear for patois and dialogue, and a love of language that makes bawdy jokes crackle."
—New Yorker

"A riveting social commentary on British nobility forced onto an undeveloped island, this isn’t Robert Crawley meets Bob Marley circa 1800s—although one could imagine Downton Abbey’s Maggie Smith uttering a few of the biting and sarcastic lines throughout this humorous page-turner."
—Atlantan Magazine

"Jamaican-born novelist Anthony Winkler’s forthcoming novel, Family Mansion, conjures up the cruelties of slavery with the author’s trademark irreverence and wit … The first two novels of Winkler’s captivating trilogy are rife with hypnotic imagery and fascinating historical asides. They evoke the colonial world with erudition, irony, and complexity, and should be read by anyone interested in the broader implications of empire."
—Brooklyn Rail

"The Family Mansion is written with the comic sensibility of Wodehouse and the insightful social comment of Orwell."
—Midwest Book Review

"In The Family Mansion, Anthony C. Winkler continues his exploration begun in God Carlos of Europe’s colonization of Jamaica; whereas the latter focused on the brutality of the sixteenth-century Spanish invaders, this new (and surprisingly adventurous) novel sets its sights on the ravages of the more ’dignified’ British conquistadors. Bringing history to life via the quixotic character of Hartley Fudges is an impressive enough feat, but it is Winkler’s uncanny ability to add uproarious humor to this shameful history that sets The Family Mansion apart from the standard fare of historical fiction."
—Colin Channer, author of The Girl with the Golden Shoes

The Family Mansion tells the story of Hartley Fudges, whose personal destiny unfolds against the backdrop of nineteenth-century British culture, a time when English society was based upon the strictest subordination and stratification of the classes. Hartley’s decision to migrate to Jamaica at the age of twenty-three seems sensible at first: in the early 1800s Jamaica was far and away the richest and most opulent of all the crown colonies. But for all its fabulous wealth, Jamaica was a difficult and inhospitable place for an immigrant.

The complex saga of Hartley’s life is revealed in vivid scenes that depict the vicissitudes of ninteenth-century English and Jamaican societies. Aside from violent slave revolts, newcomers had to survive the nemesis of the white man in the tropics?namely, yellow fever. With Hartley’s point of view as its primary focus, the narrative transports readers to exotic lands, simultaneously exploring the brutality of England’s slavery-based colonization.

More books like The Family Mansion may be found by selecting the categories below: