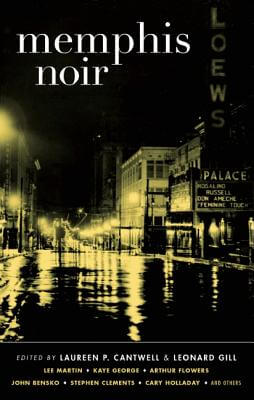 Paperback Description:
"A remarkable picture of contemporary Memphis emerges in this Akashic noir volume…Something for everyone."
—Publishers Weekly

"Voodoo, ghosts, guns, hatred, jealousy and greed play their part here. There is no place for weakness here."
—Journey of a Bookseller

Akashic Books continues its groundbreaking series of original noir anthologies, launched in 2004 with Brooklyn Noir. Each story is set in a distinct neighborhood or location within the city of the book.

From the introduction by Laureen P. Cantwell & Leonard Gill:

"A city equal parts darkness and hope. A scarred city. An often violent one. But a resilient city too.

Like many cities, we have a namesake—in Egypt, Men-nefer became Menfe became Memphis, enduring and beautiful, on the banks of the Nile. Centuries later, another continent, another people, another river: Memphis, Tennessee, the soul of the Mississippi Delta, was formed. We are a place born of history, inhabited as much by memory as by the living—the past and present inextricably and inescapably linked….Memphis is marvels and misfits—two-faced and unabashedly so.

We are Memphis, and this is our noir."

Books similiar to Memphis Noir may be found in the categories below: