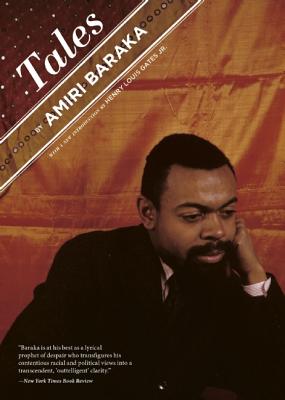 Paperback Description:
A reissue of a 1967 story collection shows a mind in motion and graphs Baraka’s thoughts during that turbulent period.

“Baraka’s stories evoke a mood of revolutionary disorder, conjuring an alternative universe in which a dangerous African-American underground, or a dangerous literary underground still exists…Baraka is at his best as a lyrical prophet of despair who transfigures his contentious racial and political views into a transcendent, ‘outtelligent’ clarity.”—New York Times Book Review (Editors’ Choice) on Tales of the Out & the Gone

With a new introduction by Henry Louis Gates Jr.

These sixteen artful and nuanced stories fall into two parts: the first nine concern themselves with the sensibility of a hip, perceptive young black man in white America. The last seven stories endeavor to place that same man within the context of his awareness of and participation in a rapidly emerging and powerfully felt negritude. They deal, it might be said, with the black man in black America. Yet these tales are not social tracts, but absolutely masterful fiction—provocative, witty, and, at times, bitter and aggressive.

More books like Tales may be found by selecting the categories below: