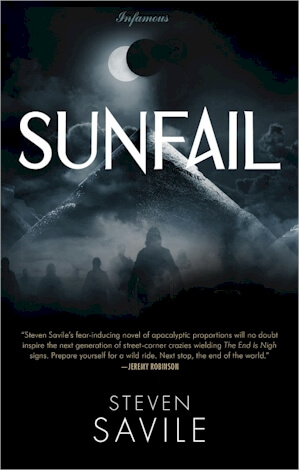 Dogs howl in the streets, running wild. Birds fall dead from the sky. Even the sun itself is failing. As darkness descends all hell breaks loose and terrorists strike hard and fast, taking out the army base at Fort Hamilton, Brooklyn, leaving Manhattan vulnerable.
Jake Carter is an NYC subway electrician and former Special Forces operative. When he finds two young men spraying graffiti across the subway station walls, he realizes their marks aren’t gang tags or band names: they are a message, a call to arms spelled out in a lost language. The Hidden are communicating with each other. The end of the world has arrived, and it’s being orchestrated by those unseen—for profit.
Carter finds himself dragged into a world of conspiracy and menace by a woman he hasn’t spoken to in over a decade: Sandra Keane, his ex-girlfriend, is one of the few who knows what’s going on. She has just turned against her paymasters, and now she’s running for her life with nowhere left to hide. With Sandra, Carter must answer some impossible questions: How do you fight an enemy you cannot see? How do you defeat ghosts? How do you stop some of the richest and most powerful men in the world when they own the shadows? And most important of all, how do you stay alive when the world around you is dying?
Infamous Books, curated by Albert “Prodigy” Johnson from the legendary hip-hop group Mobb Deep, is a revolutionary partnership that pairs the Infamous Records brand with Brooklyn-based independent publisher Akashic Books. Infamous Books’ mission is to connect readers worldwide to thriller, crime fiction, and street lit authors both familiar and new.

More books like Sunfail may be found by selecting the categories below: