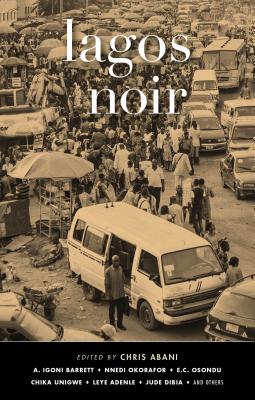 Paperback Description:
Akashic Books continues its award-winning series of original noir anthologies, launched in 2004 with Brooklyn Noir. Each book comprises all new stories, each one set in a distinct location within the geographic area of the book. West Africa enters the Noir Series arena, meticulously edited by one of Nigeria’s best-known authors.Brand-new stories by: Chris Abani, Nnedi Okorafor, E.C. Osondu, Jude Dibia, Chika Unigwe, A. Igoni Barrett, Sarah Ladipo Manyika, Adebola Rayo, Onyinye Ihezukwu, Uche Okonkwo, Wale Lawal, ’Pemi Aguda, and Leye Adenle.From "What They Did That Night" by contributor Jude Dibia:Everything from then on seemed to happen fast, just like life in Lagos—the real Lagos, not the make-believe utopia of these island estates, where rich people’s children rode fancy bicycles, played basketball, and had nannies and gatemen. Complete darkness came swiftly. Lagos nights could be unforgiving.From "Just Ignore and Try to Endure" by contributor A. Igoni Barrett:For anyone can see that Lagos is a city of rats—they far outnumber the twenty million human inhabitants. They live in our homes, feed better than we do on our waste, and adapt more quickly to the poisons and anthropogenic microbes wiping us off the earth. Even today no map of Lagos would be complete without a rat’s-eye view of the garbage landfills and trash-choked canals, the mechanic workshops bursting with metallic skeletons dusted in rust, the polluted subsoil devoid of plant root networks, the crumbling foundations of concrete constructions, the underground labyrinth of household septic tanks leaking sludge into the groundwater. The rotting underbelly of the city we built for the rats.

Books similiar to Lagos Noir may be found in the categories below: