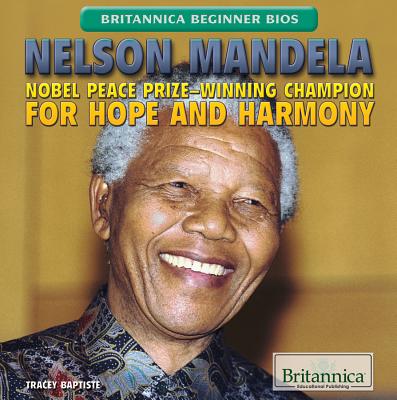 Hardcover Description:
Imprisoned for twenty-seven years for protesting against South Africas system of apartheid, Nelson Mandela was elected the nations first black president and became known as one of the greatest world leaders in recent memory. His work to end apartheid and unify the people of South Africa has influenced campaigns for human rights around the world. This biography profiles his long, remarkable life, beginning with his boyhood, education, and early involvement with the African National Congress. Young readers will be inspired by Mandelas extraordinary courage, leadership, and capacity for forgiveness.

More books like Nelson Mandela: Nobel Peace Prize-Winning Champion for Hope and Harmony may be found by selecting the categories below: