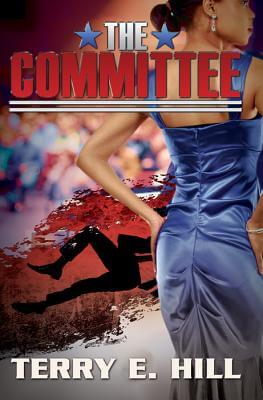 The Committee is a beguiling tale that twirls Illuminati conspiracy, New Orleans voodoo, American politics and a subplot gay affair in a delicious twist of turbulence and turmoil. We find out that the secret society behind the country’s biggest political ploys is a mysterious New Orleans family of Creole women who head The Committee. It is they who in fact control the men mistaken to be the country’s power figures! The Committee has selected every US president since James Monroe and controls much of the country’s economy. When they make the decision that the United States is not only ready for a Black woman president, but also select her, the phrase, ‘hell hath no fury like a woman scorned’ takes on new and insidious meaning.

Camille Ernestine Hardaway is the first African American female mayor of Los Angeles and she has it all - stunning good looks, power, a seemingly devoted husband and influential allies. The Committee has decided that she will be the first Black female president of the United States and will stop at nothing to ensure their rising candidate reaches the White House. Author Terry E. Hill sublimely works hypnosis with the written word as he winds the reader deeper down a sinister black hole with each chapter. The Committee’s lethal combination of manipulation, intimidation, mysticism and murder make for the most intoxicating political thriller.

More books like Committee may be found by selecting the categories below: