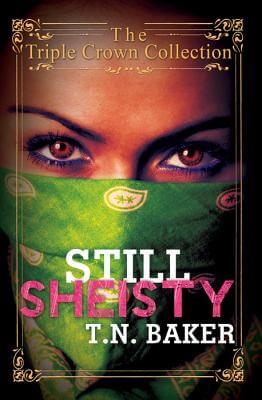 Book Description:
Epiphany, Keisha, and Shana were once best friends, but envy, built-up animosity, and the bad boys in their lives have come between them. Drastic situations have left their friendship on the edge of destruction.

In this sequel to the hood classic, Sheisty, T.N. Baker shows readers that you can never really take the hood out of the homegirl. Epiphany, Keisha, and Shana are still trickin’ for dough, still running off at the mouth, and still being sheisty. However, as they will soon see, you can’t stay wrapped up in drama forever, because what goes around comes around. Everything will all come to a head, one way or another.

Read Still Sheisty to learn the answers to these questions: Will death really come knocking on Epiphany’s door? Will Keisha give up her good-girl image once and for all? Will Shana find herself in a situation that will claim her man and her freedom?
Still Sheisty lives up to its predecessor—all that and then some—so get ready for the drama!

More books like Still Sheisty: Triple Crown Collection may be found by selecting the categories below: