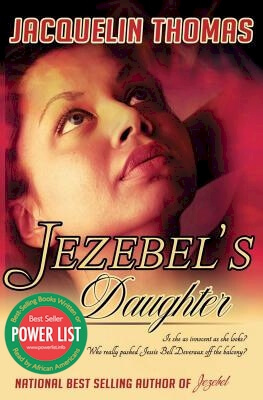 Jessie Belle Deveraux is gone, but her legacy lives on… Natalia Winters vowed revenge on Jessie Belle from the moment she discovered the reason her father committed suicide. Her pampered, rich girl reputation puts her at odds with almost everyone, but is she sinister enough to push Jessie Belle over the balcony? Reina Cannon spends her days as a much sought after hairstylist and her nights reliving the cruelty of her childhood. For years, she has lived for revenge; to make Jessie Belle suffer for the pain she caused Reina. Her sweet smile and look of innocence is a ruse, a carefully calculated effort to hide a surprising and dangerous truth. Chrissy Barton yearned to take revenge on Jessie Belle—to pay her back for the beating she suffered by unknown assailants. She was no longer a prostitute, but she had never forgotten the triumphant look Jessie Belle had given her… at that very moment, Chrissy vowed she would pay with her life. Three women from very different worlds… a common goal. However, Jessie Belle’s family is determined to discover the truth behind the night she ended up on the pavement below her bedroom.

More books like Jezebel’s Daughter may be found by selecting the categories below: