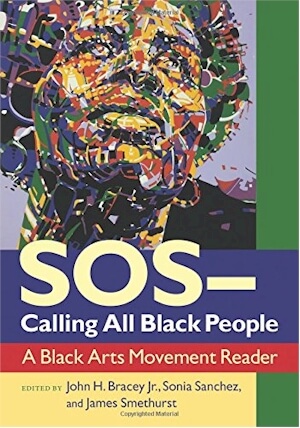 This volume brings together a broad range of key writings from the Black Arts Movement of the 1960s and 1970s, among the most significant cultural movements in American history. The aesthetic counterpart of the Black Power movement, it burst onto the scene in the form of artists’ circles, writers’ workshops, drama groups, dance troupes, new publishing ventures, bookstores, and cultural centers and had a presence in practically every community and college campus with an appreciable African American population. Black Arts activists extended its reach even further through magazines such as Ebony and Jet, on television shows such as Soul! and Like It Is, and on radio programs.

SOS―Calling All Black People includes works of fiction, poetry, and drama in addition to critical writings on issues of politics, aesthetics, and gender. It covers topics ranging from the legacy of Malcolm X and the impact of John Coltrane’s jazz to the tenets of the Black Panther Party and the music of Motown. The editors have provided a substantial introduction outlining the nature, history, and legacy of the Black Arts Movement as well as the principles by which the anthology was assembled.

More books like SOSCalling All Black People: A Black Arts Movement Reader may be found by selecting the categories below: