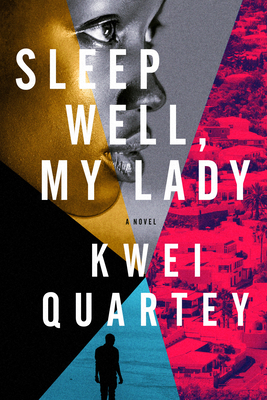 Book Description:
In the follow-up to the acclaimed series debut The Missing American, PI Emma Djan investigates the death of a Ghanaian fashion icon and social media celebrity, Lady Araba. Hard-hitting talk show host Augustus Seeza has become a household name in Ghana, though plagued by rumors of lavish overspending, alcoholism, and womanizing. He’s dating the imposing, beautiful Lady Araba, who leads a self-made fashion empire. Araba’s religious family believes Augustus is after her money and intervenes to break them up. A few days later, just before a major runway show, Araba is found murdered in her bed. Her driver is arrested after a hasty investigation, but Araba’s favorite aunt, Dele, has always thought Augustus Seeza was the real killer. Almost a year later, Dele approaches Emma Djan, who has finally started to settle in as the only female PI at her agency. To solve Lady Araba’s murder, Emma must not only go on an undercover mission that dredges up trauma from her past, but navigate a long list of suspects with solid alibis. Emma quickly discovers that they are willing to lie for each other—and that one may still be willing to kill.

More books like Sleep Well, My Lady may be found by selecting the categories below:

Tell us what do you think about Sleep Well, My Lady.