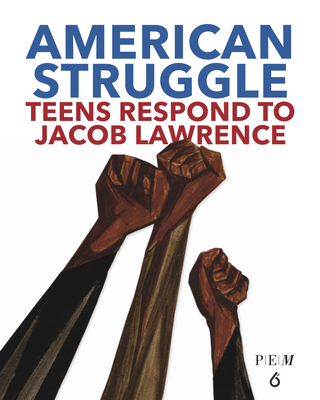 In the mid-1950s, as Brown v. Board of Education felled the ideology of "separate but equal," the great African-American artist Jacob Lawrence saw the need for a version of American history that reckoned with its complexities and contradictions yet was shared by all its citizens. The result was his monumental work Struggle … from the History of the American People.

Lawrence, the best known black American artist of the 20th century, developed the series of thirty panels, each measuring 12 16 inches, over the course of two years. Lawrence created the panels as history you could hold in your hands and intended to reproduce the images in a book that he never realized. The paintings depict signal moments in the American Revolution and the early decades of the American republic, and feature the words and actions of founding fathers, enslaved people, women, and Native Americans. In January 2020, the Peabody Essex Museum in Salem, Massachusetts, is mounting the landmark exhibition, Jacob Lawrence: The American Struggle. The show, which unites the panels in one place for the first time in nearly half a century, then travels to the Metropolitan Museum of Art in New York, the Birmingham Museum of Art in Alabama, the Seattle Art Museum, and the Phillips Collection in Washington, D.C., on a two-year national tour.

In the spirit of Lawrence’s project, this collection includes brief interpretive texts written by teens in response to the Struggle series. This illustrated book features a chorus of thirty singular young adult voices expressing how Lawrence and his Struggle series speaks to them on a personal, emotional level. The young writers come from a broad variety of races and ethnicities, nationalities, religions, genders, sexualities, and abilities, and underrepresented voices. As Jacob Lawrence mined American history to reflect upon events he saw happening around him in segregation-era America, these young adults use these panels to comment on their experiences in today’s America.

Books similiar to American Struggle: Teens Respond to Jacob Lawrence may be found in the categories below: