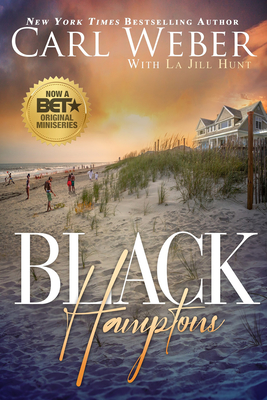 When a piece of land comes up for sale in this exclusive community, it sparks a war between the Brittons and the Johnsons. It’s old money versus new money, and neither family seems willing to compromise. Will the tension between them shatter any hopes of a peaceful summer?

Hidden away near the end of Long Island, New York, is a community where affluent African Americans, their friends, and the wannabes have secretly vacationed for more than 75 years. Unlike the bluffs of Martha’s Vineyard, black folks here own five miles of prime beachfront. With a mix of legacy families, new money, hangers-on, and thirsty developers, drama can never be far behind in a place called … the BLACK HAMPTONS.

The Brittons are the owners of Amistad Bank, the nation’s largest minority-owned bank. They consider themselves the “First Family” of the Black Hamptons and have owned their estate home for three generations. Their matriarch, Carolyn Britton, and her two sons, Malcolm and Martin, are not to be played with. They truly embody the Black Hamptons’ old guard and will do whatever they feel is necessary to maintain their place at the top.The Johnsons are relatively new to the Black Hamptons, having summered there only five years. Sometimes they still feel like outsiders, but that might be because Anthony Johnson is viewed as competition by the Brittons. He’s the handsome CEO of Sydney Tech, a company he built from the ground up. Many people consider him the most powerful man in the Black Hamptons, but don’t say that around the Britton boys.

Books similiar to Black Hamptons may be found in the categories below: