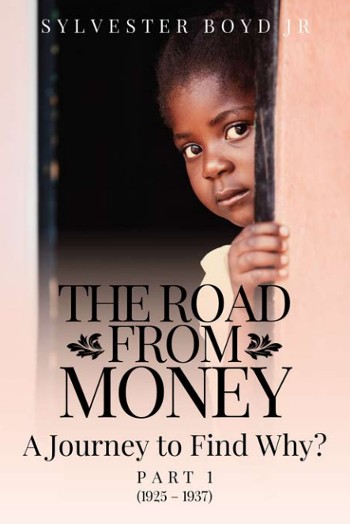 Purchase an autographed copy directly from the publisher.

PART 1, The Road from Money, A Journey to Find Why, (1925 - 1937) takes you on a journey to the small town of Money, Mississippi; just after the turn of the 20th century. Based on a true story of Estella Reynolds, a young African American girl, growing up in America's deep South.

You follow her as she faces racism, segregation, exploration, brutality and poverty. You watch as she finds the joy of family life, battles to get a good education, finds her first love and above all, tries to figure out why things are the way they are. You enter a time after World War I and before the start of World War II. A time when automobiles were new an planes had just taken to the sky.

The story is set in the backdrop of the Great Depression, the Great Dust Bowl, a big flood, prohibition, and a time when Herbert Hoover and Franklin Roosevelt were President. It was a time that highlighted many of the weaknesses of America.