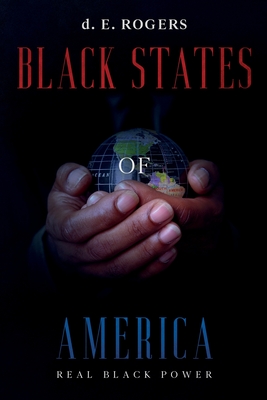 What would have happened if President Lincoln had never been shot in Ford’s Theatre and managed to survive in a parallel universe?

Set in an alternative universe, Black States of America – Real Black Power, follows an alternate timeline where President Lincoln lived. Thanks to a talented scientist and a former slave’s hot air balloon ride through a black hole in the sky, they made contact with President Lincoln which alternated the universe and prevented him from being assassinated.

For almost a century and a half the universe which President Lincoln had died had no knowledge of the other universe existence. It wasn’t until the year 2000 when King Jasani, the King of Sea Islands, decided to invite the other universe to share in the technological advances his world had discovered. What should have been a humanitarian mission to share technology soon took a disastrous turn when the United States chose to take the technology for themselves and slaughtered the peaceful people from the Sea Islands.

In the following slaughter and chaos of the unprovoked attack that took place, King Jasani, Queen Ayanna, and some of their entourage fled, leaving their son Lincoln behind believing him to be dead and lost to them forever.

Twenty-five years passed, and Lincoln chose to take a simple DNA test. Having no memory of his parents, he’d always been curious about who he was and where he came from. The results of that DNA test would alter his course and change his life as he knew it forever. Unbeknownst to Lincoln, he was setting off a chain reaction which would have a flow-on effect throughout both worlds.

Author d. E. Rogers presents an alternative universe based on President Lincoln surviving and the difference that could have made throughout the world. If you have been searching for a science-fiction book that will have you reading late into the night, then the Black States of America – Real Black Power could be just what you’ve been looking for!

More books like Black States of America: Real Black Power may be found by selecting the categories below: