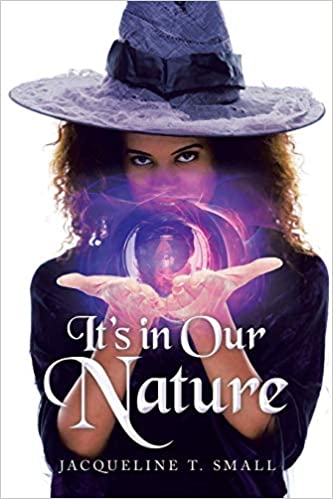 It’s in Our Nature
by Jacqueline T. Small

Read Our Review of It’s in Our Nature

Book Description:
The LA MAGIES are a family of witches and warlocks who are members of the Black Star Coven and they reside in the city of brotherly love, Philadelphia, Pennsylvania. ANN and JACK, the parents, used to live in New Orleans, Louisiana but moved away years ago. They wanted to start their new lives where they were not known. They are not your typical parents; they must raise five young sorcerers who believe that there are only pros, and no cons, to being a witch. But Ann and Jack know first-hand that there are cons to being a witch, because they lost their first-born child to a witch’s spell. Another important con to being a witch is avoiding the witch hunters, who disguise themselves as government agents. JOE STINTON and NIA BROWN are Department of Homeland Security agents who were sent to Philadelphia, to investigate reported cases of unusual events, specifically witchcraft. On the same day that they arrive in town the LA MAGIES’ fourteen-year-old daughter, JANE, is being indoctrinated into the Black Star Coven as a full-blown witch in a "spell ring" ceremony at their home.

More books like It’s in Our Nature may be found by selecting the categories below: