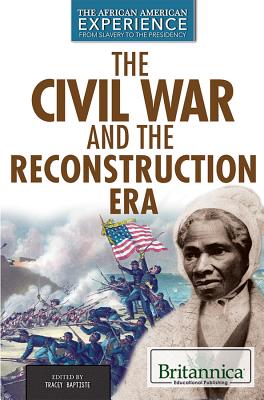 The Civil War and Reconstruction Eras (African American Experience: From Slavery to the Presidency)
by Tracey Baptiste

Hardcover Description:
This extensive guide details the political and economic forces that affected the expansion of slavery and how slaves, freed black Americans, and white liberal politicians fought for the freedom of slaves and for the basic rights of dignity and protection that they had not previously enjoyed under the law. The book sheds light on the collective and sometimes little-known contributions of African Americans to their own freedom and traces the economic disparity between the freed slaves and the rest of America, the rise of terrorism targeting African Americans, and the politics that eventually led to the Jim Crow era.

More books like The Civil War and Reconstruction Eras (African American Experience: From Slavery to the Presidency) may be found by selecting the categories below: