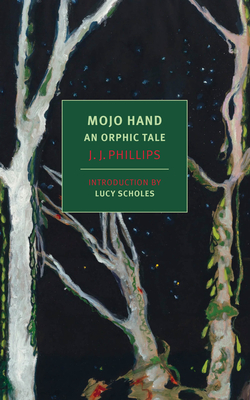 Race, obsession, and the blues are the themes of this wildly original novel by African American poet, novelist, and activist J. J. Phillips.Eunice Prideaux, a young, light-skinned black woman from a well-to-do San Francisco family, is sick of her conventional home. One evening when guests are over, she puts “Bakershop Blues,” by the legendary blues singer Blacksnake Brown, on the record player, and soon the whole well-mannered company is groaning and moaning along with the music.

Soon, too, Eunice has packed up and set off for Raleigh, North Carolina, where Blacksnake lives, knowing that she has “to go find the source of it herself, this music that moved her and the others, however much they tried to deny it.” Disembarking from a train into a hot southern night, Eunice finds herself in an unfamiliar world. Arrested on suspicion of soliciting, she spends a night in prison. After her release, she tracks Blacksnake down and soon she has moved in with him. There is nothing nice about Blacksnake or his way of life. The power of his music is real; so is the ugliness with which he treats Eunice, who finds herself in a dark place, almost deprived of the will to live. Mojo Hand, however, is an Orphic tale, a story of initiation into art and individuality no matter the cost, and Eunice will emerge from the darkness transformed. Long out of print, J. J. Phillips’s novel is a powerfully original work of fiction that sings the blues.