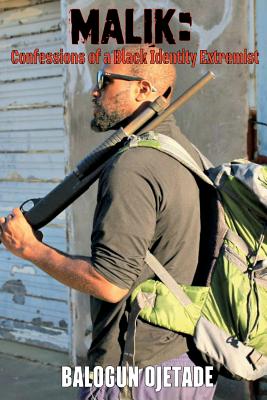 Book Description:
Well-trained, smart, resourceful and politically astute, Malik Moore believes you should “prepare for the unexpected,” that “you bleed in class, so you don’t bleed on the street,” and that “the way you train is the way you fight.” But when his family goes missing after a brief but intense encounter with a pair of White Supremacists, Malik’s skills and morals are pushed far beyond anywhere he ever imagined. Joined by Hank, a brother from the hood with no survival skills, but a lot of heart, who is totally unprepared for what is facing them, Malik works against time, the elements, the government and a ruthless Alt-right militia, in order to rescue the ones he loves in this action-packed thriller of survival, preparedness and political intrigue. Hailed as the “Black man and woman’s answer to the “Turner Diaries,” MALIK: CONFESSIONS OF A BLACK IDENTITY EXTREMIST is a must read for warriors, revolutionaries and freedom fighters everywhere!

More books like Malik: Confessions of a Black Identity Extremist (Volume 1) may be found by selecting the categories below: