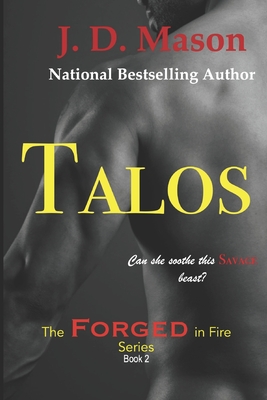 Paperback Description:
Born from chaos, Talos is forced from his volcanic cradle, defending himself against his enemies before the dragon fully matures. Kya has no choice but to expel him into the world much too soon. Her hope, is that the dragon will lay dormant for five days, discover love and gain his soul before she loses control over this much needed weapon in this war of the gods. His dragon rests too close to the surface of the man, allowing him to do the impossible in human form - spew fire. Talos is volatile, angry, untrusting and far too eager to kill the witch who made him. Cleo Ford is a recovering addict, finding herself again in her music. Her violin is her drug of choice now. Playing on the streets of New York City is her stage until forces beyond her control steal her away from the fragile life she’s worked hard to build, trapping her in an abandoned farmhouse in the middle of nowhere. Cleo is not alone. If the world is to be saved, Cleo must win Talos’ heart or die. Is this real or has she finally followed in her mother’s footsteps and lost her mind?

More books like Talos may be found by selecting the categories below: