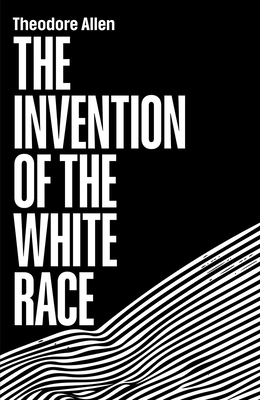 The Invention of the White Race: The Origin of Racial Oppression
by Theodore W. Allen

Paperback Description:
When the first Africans arrived in Virginia in 1619, there were no "white" people there; nor, according to colonial records, would there be for another sixty years. Historical debate about the origin of racial slavery has focused on the status of the Negro in seventeenth-century Virginia and Maryland. However, as Theodore W. Allen argues in this magisterial work, what needs to be studied is the transformation of English, Scottish, Irish and other European colonists from their various statuses as servants, tenants, planters or merchants into a single new all-inclusive status: that of whites. This is the key to the paradox of American history, of a democracy resting on race assumptions. Volume One of this two-volume work attempts to escape the "white blind spot" which has distorted consecutive studies of the issue. It does so by looking in the mirror of Irish history for a definition of racial oppression and for an explanation of that phenomenon in terms of social control, free from the absurdities of classification by skin color. Compelling analogies are presented between the history of Anglo-Irish and British rule in Ireland and American White Supremacist oppression of Indians and African-Americans. But the relativity of race is shown in the sea change it entailed, whereby emigrating Irish haters of racial oppression were transformed into White Americans who defended it. The reasons for the differing outcomes of Catholic Emancipation and Negro Emancipation are considered and occasion is made to demonstrate Allen’s distinction between racial and national oppression.

More books like The Invention of the White Race: The Origin of Racial Oppression may be found by selecting the categories below: