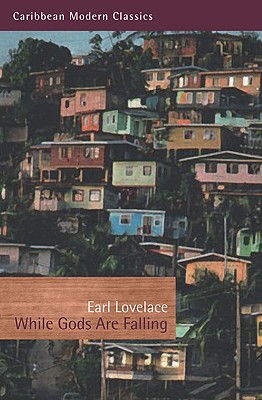 While Gods Are Falling (Caribbean Modern Classics)
by Earl Lovelace

Book Description:
Exposing the political and cultural failure to address the challenges of postcolonial Trinidad, this insightful novel portrays a world where the working man must face the crime and violence that is destroying the social body. Walter Castle is dissatisfied with his regular job in the Laventille slum in Port of Spain. As the prospect of promotion is bleak and crime and lawless youth become insupportable, he dreams of going back to the village community he grew up in. Unfortunately, the force of nostalgia is not supported by actual memories and as Walter abandons his dreams he is forced to choose between turning into a drone who passes through life without leaving a mark, or standing up for himself. Originally published in 1965, this story remains surprisingly contemporary with its astringent critique of the top-down authoritarianism of nationalist politics.

More books like While Gods Are Falling (Caribbean Modern Classics) may be found by selecting the categories below:

Tell us what do you think about While Gods Are Falling (Caribbean Modern Classics).