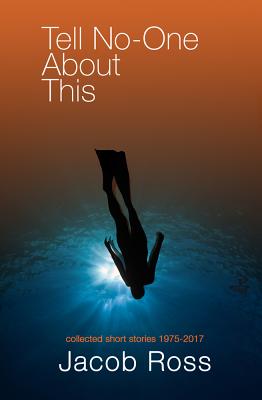 Tell No-One About This
by Jacob Ross

Paperback Description:
This substantial collection brings together short stories written over a span of forty years, including those first published in the highly-rated Song for Simone (1986) and A Way to Catch the Dust (1999) and more than a dozen new stories. The previously published pieces have been extensively revised. They range from stories set in Grenada at different periods from the 1970s onwards, to several set in the UK. These are stories that have a narrative drive, a meticulousness of construction, an exactness of image and a rigorous economy in the prose. They are inventive in their explorations of a variety of narrative voices from children to adults, male and female, Caribbean and British that establish a persona and capture the reader from the first sentence. Jacob Ross often holds up to us a much darker place, as in “Rum and Coke” where a mother rails against the sway the local dealer has over her addicted son and does something about it. Tell No One About This will confirm Ross as amongst the very best short story writers in the Caribbean and the UK.

More books like Tell No-One About This may be found by selecting the categories below: