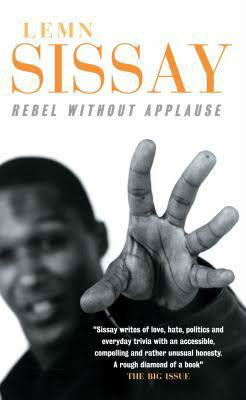 Rebel Without Applause
by Lemn Sissay

Paperback Description:
Lemn Sissay’s poems are laid into the streets of downtown Manchester, feature on the side of a public house in the same city and have been emblazoned on a central London bus route. He has been published in press as diverse as the the Times Literary Supplement and the Independent to The Face and Dazed & Confused. He has been commissioned to write poetry, documentaries and plays for Radio 1 and Radio 4. He has been involved in television in the roles of writing, performing and presenting. He is published in over sixty books and featured on the Leftfield album Leftism, which has sold over five million copies worldwide. Rebel Without Applause is the collection that started everything for Lemn Sissay.

More books like Rebel Without Applause may be found by selecting the categories below: