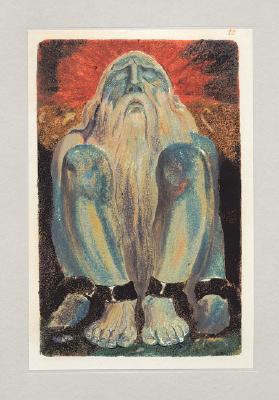 Book Description:
The English poet and artist William Blake (1757-1827) was uncommonly aware of the evils of slavery in his time, having illustrated Narrative of a Five Year’s Expedition against the Revolted Negroes of Surinam (1791), John Stedman’s firsthand account of the brutal suppression of a slave revolt in South America. But for Blake, the interest was not only in physical but mental enslavement. The ubiquity of "mind-forg’d manacles" (as he put it in his great poem "London") in a rapidly industrializing Europe compelled some of his most dramatic and complex text and images. With over 60 color reproductions from Blake’s illuminated books, watercolors and engravings, all from the collection of The British Museum, William Blake and Slavery: Mind-forg’d Manacles presents a strong statement on this great artist’s pungent and independent political vision. It includes an essay on the theme of slavery in Blake’s visual imagery by the exhibition curator and leading Blake scholar David Bindman, as well as a text on Olaudah Equiano, an African ex-slave who campaigned for the abolition of slavery, by the novelist and literary critic Darryl Pinckney. This book commemorates both the bicentennial anniversary of the abolition of the slave trade in the British Empire, and the two-hundred-and-fiftieth anniversary of Blake’s birth.

More books like William Blake And Slavery: Mind-Forg’d Manacles may be found by selecting the categories below: