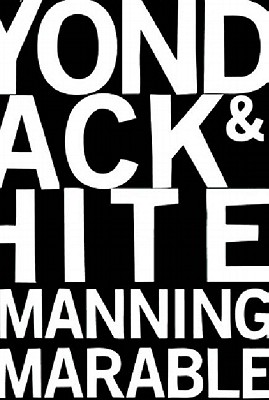 Beyond Black and White: Rethinking Race in American Politics and Society
by Manning Marable

Book Description:
A generation removed from the Civil Rights Movement and the Black Power explosion of the 1960s, the pursuit of racial equality and social justice for African-Americans seems more elusive than ever. The realities of contemporary black America capture the nature of the crisis: life expectancy for black males is now below retirement age; median black income is less than 60 per cent that of whites; over 600,000 African-Americans are incarcerated in the US penal system; 23 per cent of all black males between the ages of eighteen and 29 are either in jail, on probation or parole, or awaiting trial. At the same time, affirmative action programs and civil rights reforms are being challenged by white conservatism.

Confronted with a renascent right and the continuing burden of grotesque inequality, Manning Marable argues that the black struggle must move beyond previous strategies for social change. The politics of black nationalism, which advocates the building of separate black institutions, is an insufficient response. The politics of integration, characterized by traditional middle-class organizations like the NAACP and Urban League, seeks only representation without genuine power. Instead, a transformationist approach is required, one that can embrace the unique cultural identity of African-Americans while restructuring power and privilege in American society. Only a strategy of radical democracy can ultimately deconstruct race as a social force.

Beyond Black and White brilliantly dissects the politics of race and class in the US of the 1990s. Topics include: the Clarence Thomas-Anita Hill controversy; the factors behind the rise and fall of Jesse Jackson’s Rainbow Coalition: Benjamin Chavis and the conflicts within the NAAPC; and the national debate over affirmative action. Marable outlines the current debates in the black community between liberals, Afrocentrists’, and the advocates of social transformation. He advances a political vision capable of drawing together minorities into a majority which can throw open the portals of power and govern in its own name.

More books like Beyond Black and White: Rethinking Race in American Politics and Society may be found by selecting the categories below:

Tell us what do you think about Beyond Black and White: Rethinking Race in American Politics and Society.