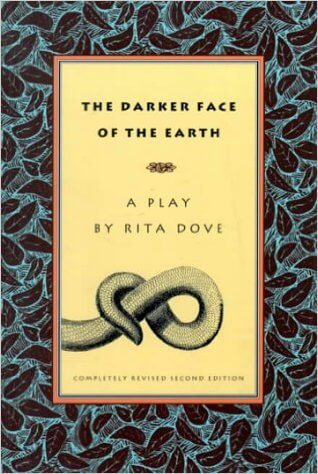 The Darker Face of the Earth: Completely Revised Second Edition
by Rita Dove

Paperback Description:The Darker Face of the Earth, the first full-length play by Pulitzer Prize winner Rita Dove, is an Oedipal tragedy of interracial love set on a plantation in pre-Civil War South Carolina. The play has enjoyed staged readings on Broadway and full stage productions at the Kennedy Center and the Oregon Shakespeare Festival. This completely revised second edition coincided with the 1996 world premiere at the Oregon Shakespeare Festival. Dramatic readings of The Darker Face of the Earth were initially staged on Broadway."Poet Laureate Dove has done an amazing thing…her placement of the tale of Oedipus within the context of slavery and its open secret of miscegenation is brilliant, potent, and repercussive."-Booklist (starred review)"…a brooding and in some ways shocking piece that mixes Greek and African mythology and dramatic communication to reveal the tragedy of slavery."-The Christian Science Monitor"The play not only reminds the audience of history’s relevance to the present day, but it also allows a deeper understanding of how slavery’s cost continues to exact its cruel payments…The Darker Face of the Earth is an important play."-World Literature Today"Dove has created a drama in which black and white Americans are bound together not only by the chains of history, and not only by the necessity of sharing this land, but by ties of blood and passion as well."-Detroit Free Press

More books like The Darker Face of the Earth: Completely Revised Second Edition may be found by selecting the categories below: