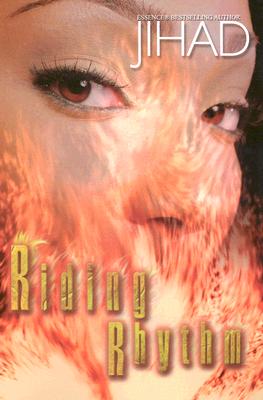 Book Description:
Riding Rhythm is a love story set in the early 1970’s and 80’s Chicago, Atlanta, and D.C. Rhythm is a college student in D.C. whom learns of Moses King, the man who started the Disciples, the largest street gang in Chicago. She reads his court case and the inconsistencies in his trial transcripts leads her to write him, asking him if he really did kill and rape the black Chicago Congressman Perry Homes and his wife Fiona. It seems so unlikely because Moses and his Disciples were like Robin Hood and the forty thieves in multiples on the Southside of Chicago. The letters start to flow back and forth and Rhythm changes her major to criminal justice and becomes an attorney to fight the system that has incarcerated the man she falls in love with. Moses started the Disciples to make a positive impact on the black community. The Disciples head up book drives, they feed the hungry, and they start free breakfast programs with the Panthers. They hijack trucks and rob corporate America to finance their operation in the beginning. His estranged brother the Bishop Solomon "the soul king" King has his own agenda it seems as he rises to be one of the nations most controversial and popular Baptist ministers. Lawrence One Free is Moses’ friend and mentor that ran the Atlanta Federal Pen’s law library while he was locked up with Moses. In prison they form a lifelong bond. In prison Law causes Moses to change the direction of the Disciples for what he thinks is the greater good. Pablo "Picasso" Nkrumah is the black Cuban brother who was one of the 12 kings in the Disciple nation until Moses went down, then Picasso broke off and started the Gangsta Gods a rival gang that sold heroine and cocaine like they had a license. The Chicago police commissioner and the F.B.I. are always one step ahead of Moses, Picasso, Law, and Solomon, until Rhythm brings everyone together and teaches what the power of love and unity can accomplish. She shows what the real meaning of freedom is. And when Rhythm touches the lives of these men, everything changes and all hell breaks loose and Rhythm’s heavenly flow shows hell what love can do.

More books like Riding Rhythm may be found by selecting the categories below: