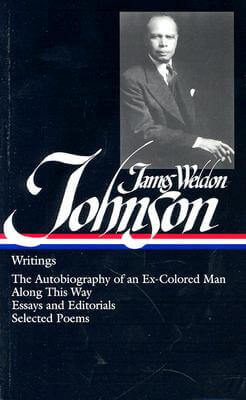 Book Description:
"The Autobiography of an Ex-Colored Man" (1912), James Weldon Johnson’s first book and the first modernist novel written by an African American, is a groundbreaking and subtle account of racial passing, initially published as an anonymous memoir. Its veracity?many believed it to be a genuine autobiography?has made it one of the undisputed masterpieces of African American literature and established Johnson in the African American literary vanguard of the first half of the twentieth century. He was also one of the central figures of the civil-rights struggle of his era, a tireless activist and longtime leader of the NAACP. Until now, however, his innovative and fascinating writings have never been gathered in a one-volume edition. Johnson’s complex career spanned the worlds of diplomacy (as a U.S. consul in Venezuela and Nicaragua), politics (as secretary of the NAACP), journalism (as the founder of one newspaper and longtime editor of another), and musical theater (as lyricist for the Broadway song-writing team of Cole and Johnson Brothers). "Writings" presents a generous array of Johnson’s essays which, with the early work of W.E.B. Du Bois, established the foundation of twentieth- century African American literary criticism; a selection of his topical editorials from the "New York Age"; and an offering of his poems and lyrics, including "God’s Trombones"?a brilliant verse homage to African American preaching?vaudeville songs, protest poems, and perhaps Johnson’s most famous work, ?Lift Every Voice and Sing, ? a stirring hymn often called the ?Negro National Anthem.?

More books like James Weldon Johnson: Writings may be found by selecting the categories below:

Tell us what do you think about James Weldon Johnson: Writings.