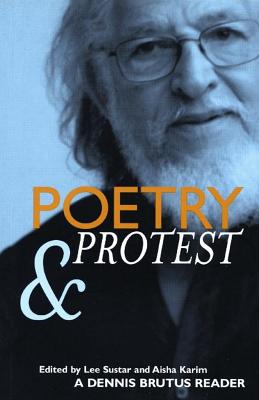 Paperback Description:
“We in South Africa needed the support of the international community in our efforts to end the vicious system of racial oppression called apartheid. We had to have eloquent advocates to tell the world our story and persuade it to come to our assistance. . . . We had none more articulate and with all the credibility and integrity so indispensable than Dennis Brutus to plead our cause. He was quite outstanding, and we South Africans owe an immense debt of gratitude.”—Archbishop Desmond Tutu“Dennis Brutus stands as a tribune of the dispossessed. His willingness to speak out on all cases of injustice and side with the oppressed makes him the type of person we all wish to emulate. His perseverance, dedication, and eloquence have made him not only a hero for the South African freedom struggle, but for all those who struggle for social justice.”—Bill Fletcher, TransAfrica ForumThis vital original collection of interviews, poetry, and essays of the much-loved anti-apartheid leader is the first book of its kind to bring together the full, forceful range of his work.Brutus, imprisoned along with Nelson Mandela, is known worldwide for his unparalleled eloquence as an opponent of the apartheid South African regime. Since its fall, he has been a voice for justice and humanity, speaking and writing extensively on issues of debt, poverty, war, racism, and neoliberalism.Dennis Brutus is a lifelong human rights activist and poet. He was imprisoned with Nelson Mandela on Robben Island in South Africa and became an eloquent spokesperson for the anti-apartheid movement. He currently teaches African studies and literature at the University of Pittsburgh.Lee Sustar has written extensively on the global justice and labor movements for numerous publications. He is a member of the National Writers Union and lives in Chicago, Illinois.

More books like Poetry and Protest: A Dennis Brutus Reader may be found by selecting the categories below: