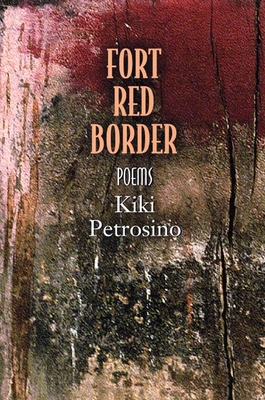 “Fort Red Border—the title itself an anagram for the name of this remarkable collection’s imaginary beloved—shows how language can be pleated, unfolded, and creased all over again into an endless origami of Eros… . By turns clowning, worshipful, heartbroken, and Faulknerian, these lyrics transport the reader to a familiar place made utterly strange.”—Srikanth Reddy

Kiki Petrosino has audacity to spare. She devotes the entire first section of her debut collection of poems to a putative affair the speaker is conducting with an imaginary Robert Redford. In the poems, Redford is solicitous of the speaker, as well as curious about her “difference,” probing her about the various meanings of “natural” when applied to her African-American hair. The poems’ hilarity and poignancy issue from the speaker’s distance from, and yearning toward, the center of mainstream culture. Redford serves as ideal partner, the embodiment of American masculinity—but there is also an odd tenderness and actuality to the relationship. In these poems Petrosino is fearless, proceeding from the recognizable terrain of daily life’s emotions rather than seeking refuge in the cool of mere obscurity. Petrosino’s poems scout a new path, one that discovers a believably fierce, vivid, feeling self.

More books like Fort Red Border may be found by selecting the categories below: