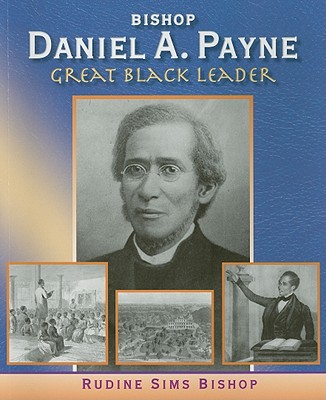 Paperback Description:
He came from modest beginnings. Born in South Carolina in 1811 to free people of color, he was orphaned by age 9, and raised by a great aunt. At that time slavery ruled the South, but he believed in the power of education and the promise of faith, and he wanted to make a positive difference in the world. Often teaching himself, he conquered physics, Latin, and geometry. At the age of 18, he started his first school. He went on to study in the North, become an ordained minister, and later a bishop in the African Methodist Episcopal (AME) Church. Untimately, he became one of the most influential religious leaders in Black America. He also made history as the first Black president of an African American college - Wilberforce University. MEET EDUCATOR, MINISTER, AUTHOR DANIEL A. PAYNE.

More books like Bishop Daniel A. Payne: Great Black Leader may be found by selecting the categories below: