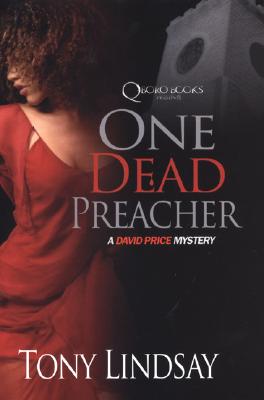 Originally published by BlackWords, Inc. in April of 2000.

Lindsay & Publisher, Kwame Alexnder in At NAACE 2000
Security Firm CEO David Price is living the rewards of hard work and determination. Single, self-employed and satisfied with his life, he has it all. Things couldn’t be better. That is, until he meets sexy vixen Sugar Greer, a married woman with a dark history that she must hide and he vows to protect. When it’s all over, David and his client are left with blood on their hands. Caught in a cultic web of abuse, theft, and murder, David must get back on the streets to clear his name, a journey that will lead him to…One Dead Preacher!

Books similiar to One Dead Preacher: David Price Mysteries may be found in the categories below: