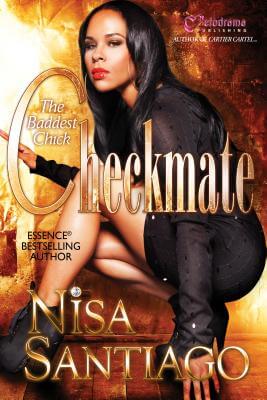 The Baddest Chick Motto: Your time at the top is short-lived. Enjoy it while you can.

Kola, the reigning Queen of New York, has Harlem on lock and is making paper hand over fist. If the stresses of hustling hard weren’t enough, the love of her life is mixed up with a Brooklyn chick, a bounty has been put on her head for a hit she didn’t sanction, and her sister’s ex-man, Chico, is trying to rock her to sleep. Kola has 99 problems, but Apple ain’t one.

Apple, gone but not forgotten while trapped in a Mexican hellhole, is still the most hated chick in New York. She’s low on friends and can’t seem to climb back up on her pedestal. With revenge in her heart and murder on her mind, Apple attempts to overcome her situation just in time to reclaim her title as The Baddest Chick the world has ever seen.

More books like Checkmate - the Baddest Chick may be found by selecting the categories below: