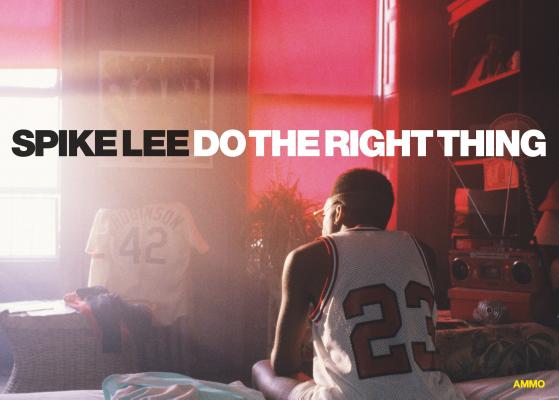 Spike Lee: Do the Right Thing
by Spike Lee

Book Description:
Celebrating just more than 20 years since its seminal debut, Do The Right Thing remains one of the most important and controversial films of its era. Employing director Spike Lee’s hometown of Brooklyn as the essential setting, this explosive film masterfully explores race and class relationships. Both a critical and popular success, Do The Right Thing became a landmark film that brought serious issues in the African American community to light and established Lee as a major director in American cinema. Lee also wrote the screenplay, produced, and even starred in this deeply personal film, which was applauded for its commanding visuals provided by Danny Aiello and John Turturro, and an assertive soundtrack featuring Public Enemy’s ""Fight the Power."" Including an unprecedented insider’s look at the film, with behind-the-scenes visuals and interviews, this impressive book celebrates the impact of Do The Right Thing on our culture throughout the years. The film is even credited with bringing President Barack Obama and the First Lady together on their first date!

More books like Spike Lee: Do the Right Thing may be found by selecting the categories below:

Tell us what do you think about Spike Lee: Do the Right Thing.