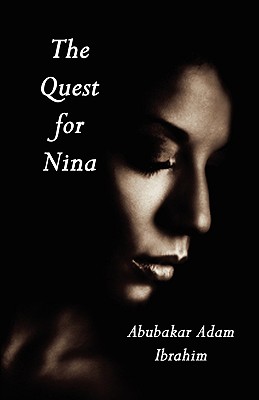 The Quest for Nina
by Abubakar Adam Ibrahim

Paperback Description:
Seven years after he buried her, Biko Maiyaki could not let go of the memory of the woman he had loved, the woman who had loved him, the woman who had been his wife for three wonderful years. His obsession leads him to decode her diaries and start reading them and from the pages of her diary, Nina’s enigmatic character sizzles to life and in a winding tale of discovery, leads Biko to some very disturbing secrets about her life that had everything to do with his life, with his past - his proud family’s past. He discovers that the love of his life had in fact been an angel of vengeance that was out to rout his entire family for an offence someone in his family had committed. In his engaging quest, he discovers some truths that rocked the very foundation of everything he had believed in, disturbing truths he should never have known about his life, his family’s life - truths that lead him to reincarnate the vengeful monster that Nina’s love and supreme sacrifice have reluctantly laid to rest.

More books like The Quest for Nina may be found by selecting the categories below: