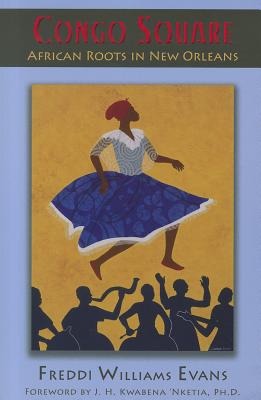 Book Description:
Congo Square: African Roots in New Orleans comprises the first comprehensive study of one of the New World’s most sacred sites of African American memory and community. Beginning in the eighteenth century, enslaved Africans and free people of color gathered in Congo Square on Sunday afternoons discontinuously for well over one hundred years. This book presents accounts and descriptions of the songs, dances, musical instruments, religious beliefs, and marketing traditions that typified those gatherings. Also included are examples of similar practices that existed in Haiti, Cuba, and other parts of the West Indies, reflecting New Orleans’ relationship with Caribbean countries and shedding light on Congo Square’s role in extending and perpetuating African music and dance in North America. The amalgamation of those practices influenced indigenous New Orleans performance styles as well performance forms on the national level.

Written in a language accessible to the general public and students on the undergraduate as well as secondary level, this book includes an innovative timeline, maps, graphic images, extensive endnotes, and bibliographic references. This distinguishes it as an exceptional teaching resource for Louisiana as well as African American history and culture across the curriculum.

More books like Congo Square: African Roots in New Orleans may be found by selecting the categories below: