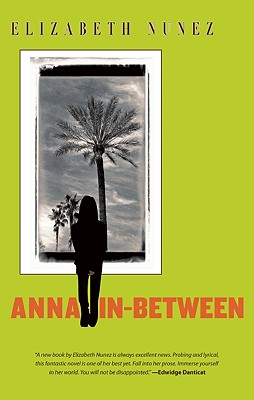 "Nunez has created a moving and insightful character study while delving into the complexities of identity politics. Highly recommended."
—Library Journal (*starred review*)

"Nunez offers an intimate portrait of the unknowable secrets and indelible ties that bind husbands and wives, mothers and daughters."
—Booklist

"The award-winning author of Prospero’s Daughter has written a novel more intimate than her usual big-picture work; this moving exploration of immigrant identity has a protagonist caught between race, class and a mothers love."
—Ms. Magazine

"Probing and lyrical, this fantastic novel is one of Nunez’s best yet."
—Edwidge Danticat

ANNA IN-BETWEEN is Elizabeth Nunez’s finest literary achievement to date. In spare prose, with laserlike attention to every word and the juxtaposition of words to each other, Nunez returns to her themes of emotional alienation, within the context of class and color discrimination, so richly developed in her earlier novels.

Anna, the novel’s main character, who has a successful publishing career in the U.S., is the daughter of an upper-class Caribbean family. While on vacation in the island home of her birth she discovers that her mother, Beatrice, has breast cancer. Beatrice categorically rejects all efforts to persuade her to go to the U.S. for treatment, even though it is, perhaps, her only chance of survival.

Elizabeth Nunez is an award-winning author of seven novels. She is a distinguished professor at Hunter College, CUNY, and divides her time between Amityville, New York, and Brooklyn.

More books like Anna In-Between may be found by selecting the categories below:

Tell us what do you think about Anna In-Between.