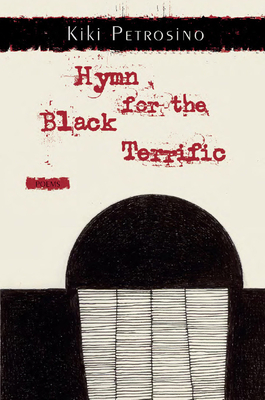 Hymn for the Black Terrific
by Kiki Petrosino

The poems in this, Kiki Petrosino’s second collection, fulfill the promise of her debut effort, Fort Red Border, and further extend the terms of our expectations for this extraordinary young poet. The book is in two sections, the first a focused collection of wildly inventive lyrics that take as launch pad such far flung subjects as allergenesis, the contents and significance of swamps, a revised notion of marriage, and ancestors—both actual and dreamed. The eponymous second section is a cogent series, or long poem, based on a persona named the eater, who, along with the poems themselves, storms voraciously through tablefuls of Chinese delicacies (each poem in the series takes its titles from an actual Chinese dish), as well as through doubts and confident proclamations from regions of an exploratory self. Hymn for the Black Terrific has Falstaffian panache; it is a book of pure astonishment.

More books like Hymn for the Black Terrific may be found by selecting the categories below: