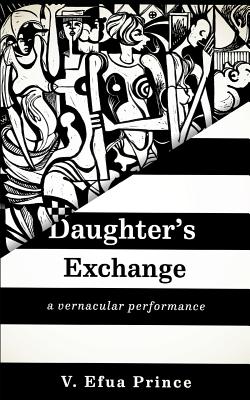 Daughter’s Exchange opens a conversation wherein we can reevaluate a figure like Zora Neale Hurston, whose marginal engagement with the intellectual marketplace during her lifetime is rarely discussed outside of a specialized audience. Daughter’s Exchange seeks to address those who teach the next generation — a generation who seem more fractured than ever due to their access to the technological advancements of our times — in order to challenge them to consider the role of assigning value within the intellectual marketplace. Daughter’s Exchange finds a place in classrooms interested in women’s studies, African and African American culture, and pedagogical practice.

Traditional academic discourse favors the semblance of objective, universal truth by masking the agent behind the language, but Daughter’s Exchange resists this move by drawing upon oriki as an African and woman centered oral practice. In Yoruba West Africa, women find relative expressive freedom in the private, public space of their ile. On these homegrounds, where people recognize bonds of kinship, women are able to call for help from the living and the dead, draw power from their God, give voice to fear, offer praise to great men, memorialize the past, name the present, predict the future, and readily add their voices to a dynamic art.

The hope here is to continually remind the reader of the agents behind the text rather than to obscure those collectively engaged in defining the discursive community. Nevertheless, the liberatory nature of word play has its limits. That is why Daughter’s Exchange privileges experience over the word. The incontrovertible evidence of African American history is recorded in their lives, consequently the lived experiences of African American women is inherently valuable. Of course, the marketplace does not agree. The woman-centered Nigerian market, which might be read as liberatory, is circumscribed by the slave market and the more immediate pressures of the academic market.

The effort here is to subvert the established order that exiled African American ancestors and subjected them to the horrors of the transatlantic slave trade. And to speak from the chasm in patriarchal discourse, be it Eurocentric or Afrocentric, into which the African American woman’s experience has been discarded. Daughter’s Exchange defines the dimensions of a homeground of sorts that affords others access, if not to the broader marketplace, then to a more private audience where bonds of kinship permit them to speak.

More books like Daughter’s Exchange may be found by selecting the categories below: