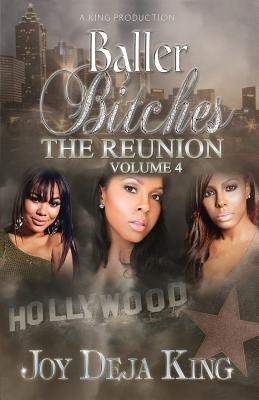 Book Description:
Diamond, Kennedy and Blair are back in Baller Bitches The Reunion. Diamond s life seems idyllic. She has two beautiful children. Is married to NBA Superstar, Cameron Robinson and the love they share seems to have no limits. But when their relationship is rocked by a scandal can love once again conquer all, or has their marriage reached its final chapter.Kennedy is in LA running her own successful PR Firm. But what was once a thriving business, soon proves to be more difficult to sustain than she expected. Determined to uphold her image as a self sufficient, independent woman, Kennedy unwittingly makes a deal with the devil that might end up costing her everything.Blair has settled into her role as mother and dutiful girlfriend to her own NBA Superstar, Kirk McKnight. Although her best friend Diamond is content with being a NBA wife, Blair has much bigger aspirations than playing wifey to the father of her child. Reluctant to give up her dreams of Hollywood stardom, when she s presented an opportunity to be back in the spotlight, Blair must decide what is more important. Keeping her family intact or becoming a movie star.

More books like Baller Bitches the Reunion Volume 4 may be found by selecting the categories below: