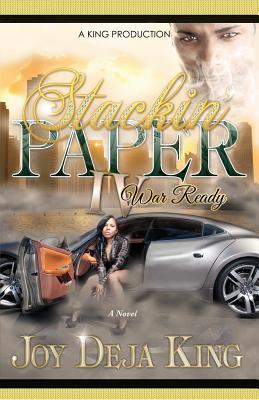 Paperback Description:
After being torn apart, Genesis and Talisa have finally reunited. Their love has endured many trials and tribulations but can it survive Genesis having a baby with another woman? Skylar’s world came crumbling down when she realized Genesis’s heart belonged to another woman but the birth of their child renewed her hope, their love could be rekindled. Will the daughter they share bring Genesis and Skylar closer or break their bond forever?Amir is eager to prove he is ready to take the reins from his father. But will his decision to have a young dude named Caleb, run their Philadelphia based drug operation, set in motion the demise of his entire family?Arnez has remained relentless in his pursuit to seek revenge against Genesis and everyone he loves. Knowing an enemy is lurking, has made his inner circle war ready. But will Arnez’s latest sadistic scheme, deliver the final blow? Find out in part 4 of the Stackin’ Paper Series.

More books like Stackin’ Paper Part 4…War Ready may be found by selecting the categories below: