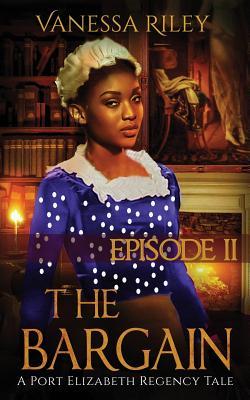 Book Description:
The vastness of the cresting ocean isn’t enough to drown Precious Jewell’s high spirits or her dreams of doing for herself, but a false move and an old nightmare have placed her in more jeopardy, Lord Welling’s bedchamber. Captaining his schooner to Port Elizabeth was his only refuge, until his ship was invaded by land lovers, his son and his challenging caregiver. Perhaps, Miss Jewell’s vivacity and audacity are just what he needs to quell rebellion amongst his crew and his heart. The Bargain is a serialized story told in episodes. Each episode averages from three to eight chapters about 15,000 to 30,000 words. Each episode resolves one issue. Emotional cliffhangers may be offered, but the plot, the action of the episode, will be complete in resolving the main issue. My promise to you is that the action will be compelling, and I will tell you in the forward how long the episode will be. This episode is eight chapters long, 25,000 words.

More books like The Bargain: Episode II may be found by selecting the categories below:

Tell us what do you think about The Bargain: Episode II.