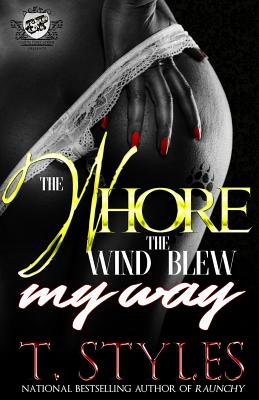 Whore the Wind Blew My Way
by T. Styles

After committing a violent crime, Louise Smart, a career whore, desires one thing above all, to escape New York to save her unborn baby. However, the universe has other plans, which include a tough lesson that will rock the unsuspecting new mother's world. Protect your children or lose them to the streets. Far removed from her care, and now being raised by two gay men, Shayla, Louise's daughter, spends her time daydreaming about living the lifestyle of her favorite movie actresses. But her daydreaming stops short after she's shoved into the world of prostitution, physical abuse and crime, well before she becomes a woman. By the time Shayla is 18, she's mastered the art of seduction and completely changes the lives of the men she entertains. Some for the better and some for the worst. Until one particular customer sells her a new brand of aspiration. A love, life and happiness outside the Ho House. But with Ajax, her dangerous Pimp, also the man who raised her, lurking in the background is it too late? For them both?

More books like Whore the Wind Blew My Way may be found by selecting the categories below: