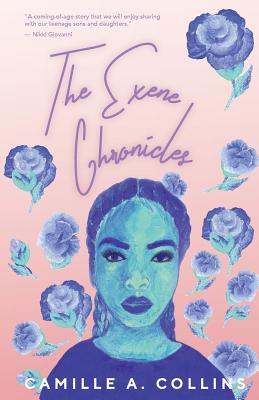 The Exene Chronicles
by Camille A. Collins

Camille Collins has a voice like water. There is lush music in her debut novel—each word flows with purpose and beauty. In the big sea of young adult literature, The Exene Chronicles casts a powerful net and takes us in—heart and all.” —Kwame Alexander, Newbery medalist and New York Times bestselling author of Rebound

Lia is fourteen and losing her best friend. When things don’t seem like they could get any worse, Ryan disappears.

Lia is one of only a handful of black kids in Coronado, her San Diego suburb. The only person she feels she can talk to is punk rock high priestess and frontwoman to a legendary LA band, Exene Cervenka. Reeling from Ryan’s disappearance, Lia writes letters and poems to Exene every day. She can relate to Exene—but if they were to ever meet, would Exene be able to relate to her? With Exene and her band’s searing soundtrack as her chief inspiration, Lia dives head-first into a dark and spiky counterculture rife with confrontation, shifting alliances, and unsettling insights into what Ryan was doing and what might have happened to her.

Set against the backdrop of the 1980s heyday of LA punk rock, The Exene Chronicles sings of the coming of a new age for all girls in America who have been disenfranchised by the spaces they identified as their own. With lyrical prose and an unrelenting moral center, Camille A. Collins liberates the punk in all of us.

More books like The Exene Chronicles may be found by selecting the categories below: