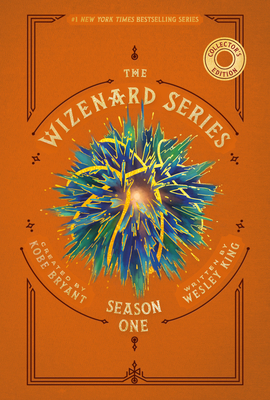 Book Description:
Kobe Bryant is a New York Times bestselling and an Academy Award-winning storyteller and content creator. He spends his days building stories to inspire the next generation of athletes to be the best versions of themselves. In a previous life, Kobe was a five-time NBA champion, two-time NBA Finals MVP, NBA MVP, and two-time Olympic gold medalist. He hopes to share all he learned with young athletes around the world. Wesley King is the bestselling author of eleven novels. His works include OCDaniel, The Vindico Series, and A World Below. His books have been optioned for film and television and translated for release worldwide. Besides writing, he is working on a circumnavigation via a 1967 sailboat. You can follow him on Instagram at @wesleykingauthor or on Twitter at @WesleyTKing.

More books like The Wizenard Series: Season One, Collector’s Edition: Granity Studios may be found by selecting the categories below: