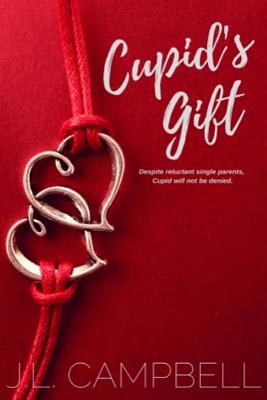 Paperback Description:
Melanie Peterson is no stranger to loss and likes her life the way it is, nice and safe. Her family and daily routine keep her occupied, until her office is disrupted by a four-footed ball of fluff named Maddox. The dog’s owner, Bryce Nevers, also knows what it is to have loved and lost. Even with his sister’s wedding coming up on his birthday, Valentine’s Day, he’s determined not to venture down pathways leading to anything resembling commitment. That’s until Maddox blasts his way into Melanie’s life, which forces Bryce to take a second look at his hermit-like existence. It’s hard for these two single parents to put aside their fear and distrust and allow Cupid to change the course of their lives, but despite their reluctance, Cupid will not be denied.

More books like Cupid’s Gift: Book 4 may be found by selecting the categories below: