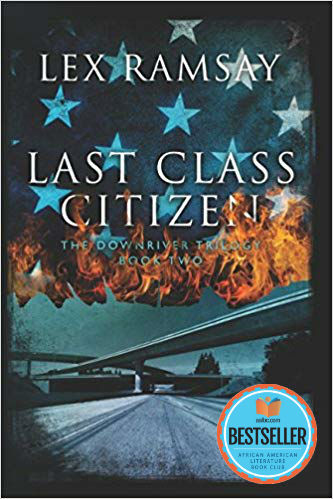 Book Description:
They’ve gained their freedom from the South. But what if their new freedom is all a lie? Patrick Edgerton, leader of the Railway Association, has succeeded in the monumental task of freeing slaves from the once mighty Southern Republic. Following the fall of the South, the UN has decreed that the South must pay for the care of any former slaves. With hope finally on the horizon, Patrick and those he helped free begin what will be a long journey towards equality and rehabilitation. But the wheels of power are turning in the US capitol. With the UN’s proclamation against the South, the President of the US sees a way to bleed the South economically dry: by keeping the former slaves under a new, more subtle form of oppression, it will force the South to continue to pay for them until they have nothing left. This conspiracy sets off a deceitful chain reaction to construct a system of ghettos that keeps former slaves in a cycle of destitution and despair, ultimately creating second class citizens. With everything they’d worked so hard to achieve on the line, Patrick and a handful of others set out to ensure that the former slaves don’t become entrapped in this new kind of slavery; a slavery as bad as what they’d left behind. Full of powerful themes still prevalent in society today, Lex Ramsay weaves an eerily realistic story of race manipulation and marginalization, and those brave and willing enough to continue the fight.