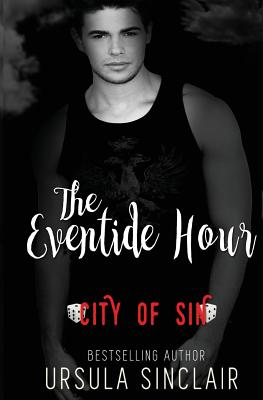 The Eventide Hour: City of Sin
by Ursula Sinclair

Paperback Description:
My name is A’eron. I am Aos Si. Some might call me dark fae. But what I am is a prince without a kingdom, a man without a home. Stripped of my lands and title, I was banished to earth and to a place called Las Vegas. City of Sin. I can find my place here. What I did not expect was to be denied the Vampire I claimed as mine own. I’ve already lost everything. There is nothing else they can take from me. I will not give her up. I never did follow rules. My name is Tempest, Temp to my friends. Yeah, I’ve got a bit of a temper. It’s tough being kinkind, a blood Vampire whose uncle leads one of the most powerful Fractions in Vegas. He’s got enemies and since they can’t get to his daughter, they’ve targeted me. Thinking I’m the weaker target. Oh, how wrong they are. But they will learn. I’m in a fight for my existence, but to my shock, I don’t fight alone. Due to the content of this work recommended for 18+ only. Other Books in the City of Sin World coming your way Come play with us. Take a chance. Roll the dice. We dare you. When Dawn Comes The Eventide Hour Released By Desire by Melissa Stevens The Light by Savannah J. Frierson Damnation by Taabia Dupree Revealed By Desire by Melissa Stevens The Fight by Savannah J. Frierson Shameless by Taabia Dupree Redeemed By Desire by Melissa Stevens The Sight by Savannah J. Frierson Rekindled Faith by Taabia Dupree

More books like The Eventide Hour: City of Sin may be found by selecting the categories below: