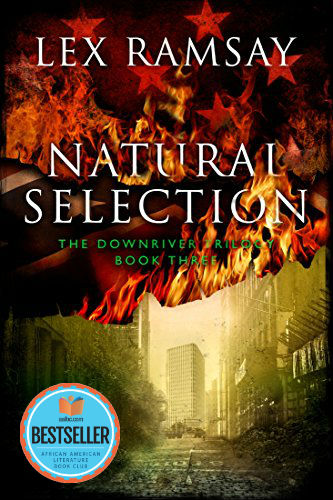 Paperback Description:
The finale to the gripping, disturbingly realistic Downriver Trilogy. The pandemic is over. Whole swaths of humanity are its victims. In the aftermath of the plague caused when an attempted genocide backfires, a majority of the Caucasians on the planet are wiped out, dramatically reforming social, political, and economic structures into nothing resembling what they once were. All that once was is now gone, and it’s up to the survivors to move forward. In the wake of this massive loss of life, alliances are formed as humanity struggles to emerge from the chaos, and create a new society. In this harrowing final chapter of the Downriver Trilogy, author Lex Ramsay explores the effects of racism in America, yet unplumbed in its level of depth and destructiveness, and paints a vivid picture of the way things could yet still be.